We have been reviewing the top neighborhoods in Tallahassee for the past few weeks in an attempt to identify the rate at which home values are changing, and we've chosen the subdivisions that have the most sales over the past year because they give us more information from which to work. But occasionally we get a reader request for a neighborhood that has fewer sales, and today is one such day where we will take a look at Pine Tip Hills in Northeast Tallahassee.

"Mr. Manausa, Why don't you ever have Pine Tip Hills on your lists????"

So Nancy, today's review of Pine Tip Hills in Tallahassee is just for you :).

There have only been four homes sold in Pine Tip Hills over the past 12 months in the Tallahassee MLS, so the confidence level in our data is not the same as it would be for a neighborhood that has seen a hundred home sales during the same time period (for example, Southwood in Southeast Tallahassee).

One large sale (a home that was marketed at $1.9M sold for $750K) has had a large impact on the limited data, but the overall trend is still apparent. The average sales price of a home in Pine Tip Hills has dropped 41% since the peak of the housing market in 2006. 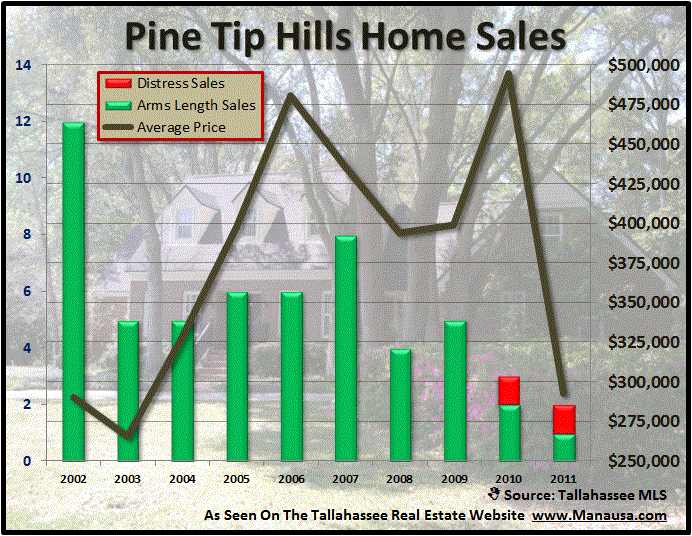 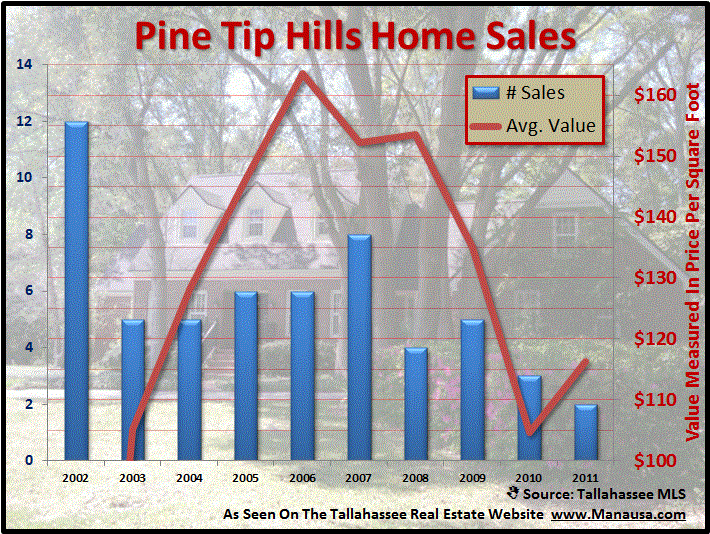 If you are thinking about selling a home in Pine Tip Hills, then you should be aware of the falling values and the urgency in finding a buyer sooner rather than later. The advice for home sellers is the same here as it is with the rest of the Tallahassee real estate market... sell fast to get your top price. The longer you wait, the less money you will get for your home.