Buddy grew up in Tallahassee graduating from Leon High where he earned First team All- State Honors in football as an offensive end. He attended Florida State University on scholarship where he played split end, monster and linebacker.

In 1970, Buddy was voted Most Improved Defensive Player, and he finished his career in the Inaugural Fiesta Bowl in 1971. His linebacker coach was none other than Bill “The Tuna” Parcells of NFL fame. Buddy graduated from FSU with a BS degree in Government.

Following graduation, Buddy spent the next 33 years working with a major statewide trade association. At age 26, he was named President and placed in charge of all government affairs. During his Association career, he served on the Industry Affairs and Government Affairs Committees of the National Association, and was awarded the Outstanding Legislative Achievement Award and Industry Service Award for legislation passed in Florida. He retired from association work in 2005.

After taking a few years off, he decided to follow a lifelong interest in North Florida real estate sales by joining the Joe Manausa Real Estate team. He chose Joe's office because of the excellent training and progressive marketing approach to selling property.

Buddy is an avid hunter and fisherman that loves to spend time in and on the beautiful lakes, rivers, coastline and woods that grace this area.

He is married to Faith, and has one son-Lance. 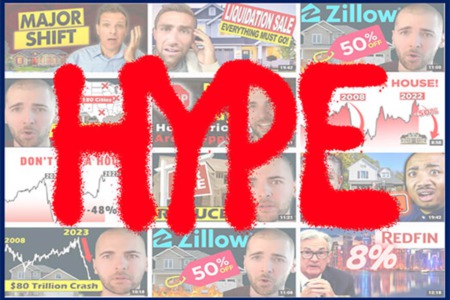 If it Bleeds, It Reads: Real Estate Headlines Are Often Deceptive